What is the gallbladder?

The gallbladder is a small, pear-shaped organ attached to the underside of the liver. Its function is to store and concentrate bile, a fluid produced by your liver which aids digestion by breaking down fats in foods.  When you eat, particularly a fatty meal, the gallbladder contracts and releases bile through the bile ducts into the small intestine.

Gallstones are deposits “stones” formed out of the constituents of bile. These stones can be made from cholesterol, bile or a mixture of both and range in size from a golf ball to grains of sand.  Each has a slightly different set of problems they may cause.

Why do they develop?

We don’t know exactly why some people get gallstones and others do not. We think it is linked to the concentration of the various constituents of the bile and when there is an imbalance in the proportion of cholesterol, bile salts and phospholipids, stones can precipitate.  Risk factors for gallstones include:

Do I need surgery?

In general patients with gallstone but no symptoms do not require surgery.

However once you have started having symptoms (typically abdominal pain, nausea), we tend to recommend you to consider having treatment. Patients who have had attacks of pain from gallstone are at risk of recurrent symptoms as well as an increased risk of complications including gallbladder infection, stones blocking the bile duct with subsequent bile duct infection and inflammation of the pancreas.

There are non-surgical options for the treatment of gallstones that involves the use of medication to try and dissolve the stones. This is typically not recommended as the treatment has its own fairly significant side effects, a low rate of complete dissolution of the stones and a significant chance of recurrence once the medication is stopped.

What is the effect of removing the gallbladder?

The gallbladder acts as a reservoir to store and concentrate bile when you are not eating.  Once your gallbladder has been removed, bile will still flow from the liver to the small intestine, but it will be continuously delivered. In theory this means when you have a fatty meal, you will still have bile available but less then if it had been stored and released from the gallbladder. You may find initially after surgery fatty foods will make you nauseous or give you diarrhoea.

These symptoms improve quite rapidly over the next few months and for 90% of patients, they are able to go back to eating the same way.  For the other 10% patients, they may require lifestyle modification including:

Most patients can have their gallbladder removed via keyhole (laparoscopic) surgery. The surgery is performed through several (usually four) very small incisions in the abdomen.  A camera (laparoscope) is then placed through the incision at the navel to allow the surgeon to see the operative field on a video screen. The gallbladder is typically removed via the same incision in the navel.

During the operation, typically an x-ray is taken of the bile duct system to ensure the anatomy is appropriate and no stones had travelled from the gallbladder into the bile ducts.  If a stone is identified in the bile duct, you may require a subsequent procedure called an ERCP (endoscopic retrograde cholangiopancreatogram) to remove it.

What is an abdominal wall hernia?

A hernia is a weakness or defect in the abdominal wall with the subsequent extrusion of  abdominal contents (abdominal fat, bowel).  They tend to occur at certain sites with a natural tendency to become weak including the umbilicus (belly button), groin and sites of previous abdominal surgeries.

What are the symptoms and signs of an abdominal hernia?

The symptoms and signs of a hernia may include, but are not limited to, the following:

The standard method of hernia repair involves making an incision at the site of the hernia. The weakness (defect) in the abdominal wall is defined and any protruding tissue and organs are pushed back into the abdominal cavity.  Depending on the size of the defect, a thin plastic mesh is then often used to support the repair.  The mesh acts as a “scaffolding” for new growth of the patient’s own tissue which serves to strengthen the tissues in the previously weakened abdominal wall.

Before coming to your first appointment with Dr Chung, please make sure you have the following information with you.

We have two locations for your convenience... 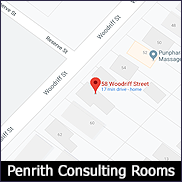 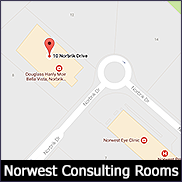